Blessed Are The Poor

A Multi-Parish Mission Hosted By St. Clement of Rome 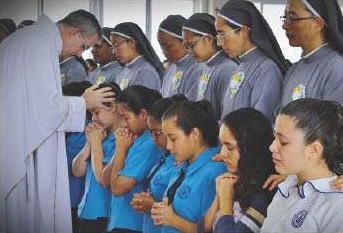 Mission Topics:
Please join us to learn more about Our Blessed Mother, the Virgin of the Poor, her hope, healing, and connection to Venerable Fr. Al Schwartz and the Sisters of Mary.

Venerable Father Al Schwartz: A Saint in the Making (Click arrow at right to expand)

From 1957 to 1992, Fr. Al Schwartz, who grew up in a poor neighborhood in Washington, D.C., built one of the broadest; non-government-funded service for poor children in history. He was a giant, another Mother Teresa. His is one of the greatest untold stories of the 20th century.
Shortly after being ordained, Fr. Al went to Banneux, Belgium where he consecrated his priesthood to the Virgin of the Poor. Discerning the messages of Mary’s apparitions, he went on to not only serve the poor, but saved generations of souls. Fr. Al founded the Sisters of Mary World Villages for Children in 1964.
Fr. Al died peacefully in 1992 from ALS, a muscular disorder, commonly known as Lou Gehrig’s disease. Despite his debilitating condition and constant pain, he continued to thank Mary for anything good accomplished in his life. He was declared Venerable by Pope Francis in 2015.
Learn more about Venerable Fr. Al Schwartz

The Sisters of Mary (Click arrow at right to expand)

"Serving the Lord with JOY" - motto of the Sisters of Mary

The Sisters of Mary owe their name to the Banneux pilgrimage site in Belgium, where the Mother of God is honored as the benefactress of the poor. The Sisters of Mary consist of more than 400 Sisters who operate our World Villages for Children schools. The Sisters practice charity to the poor by serving the children in the name of Jesus Christ and helping them break free from a life of poverty.  They have rescued and transformed more than 170,000 of the world's poorest children from the most desperate situations.
Learn more about the Sisters of Mary 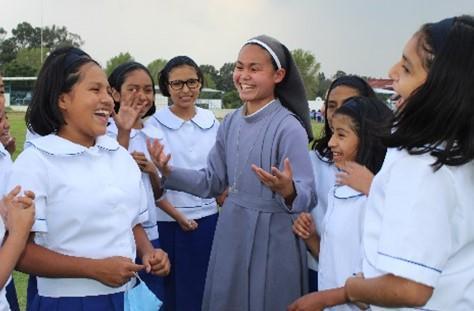 The Sisters of Mary are in charge of 18 World Villages for Children schools in 6 countries, including the Philippines, Mexico, Guatemala, Brazil, Honduras, and Tanzania. The Sisters currently give 21,000 children a safe place to live, food, healthcare, faith formation, an education, vocational training, and HOPE for a brighter future.  After graduation, the students receive scholarships to universities or find jobs – the graduates are the success stories.
Watch this short video to learn more about life at the schools:  A Day in the Life of Sr. Marta

Join Fr. Dan Leary, missionary priest, as he draws us deep into the first Beatitude: Blessed are the Poor, and how we are being called to live out this beatitude in our service of the poor, the lowly, the little ones, the sick, and the suffering. He'll explain how "The Virgin of the Poor" inspired Venerable Aloysius Schwartz, and subsequently the Sisters of Mary, to create and operate one of the largest Catholic programs for the poor in our world.